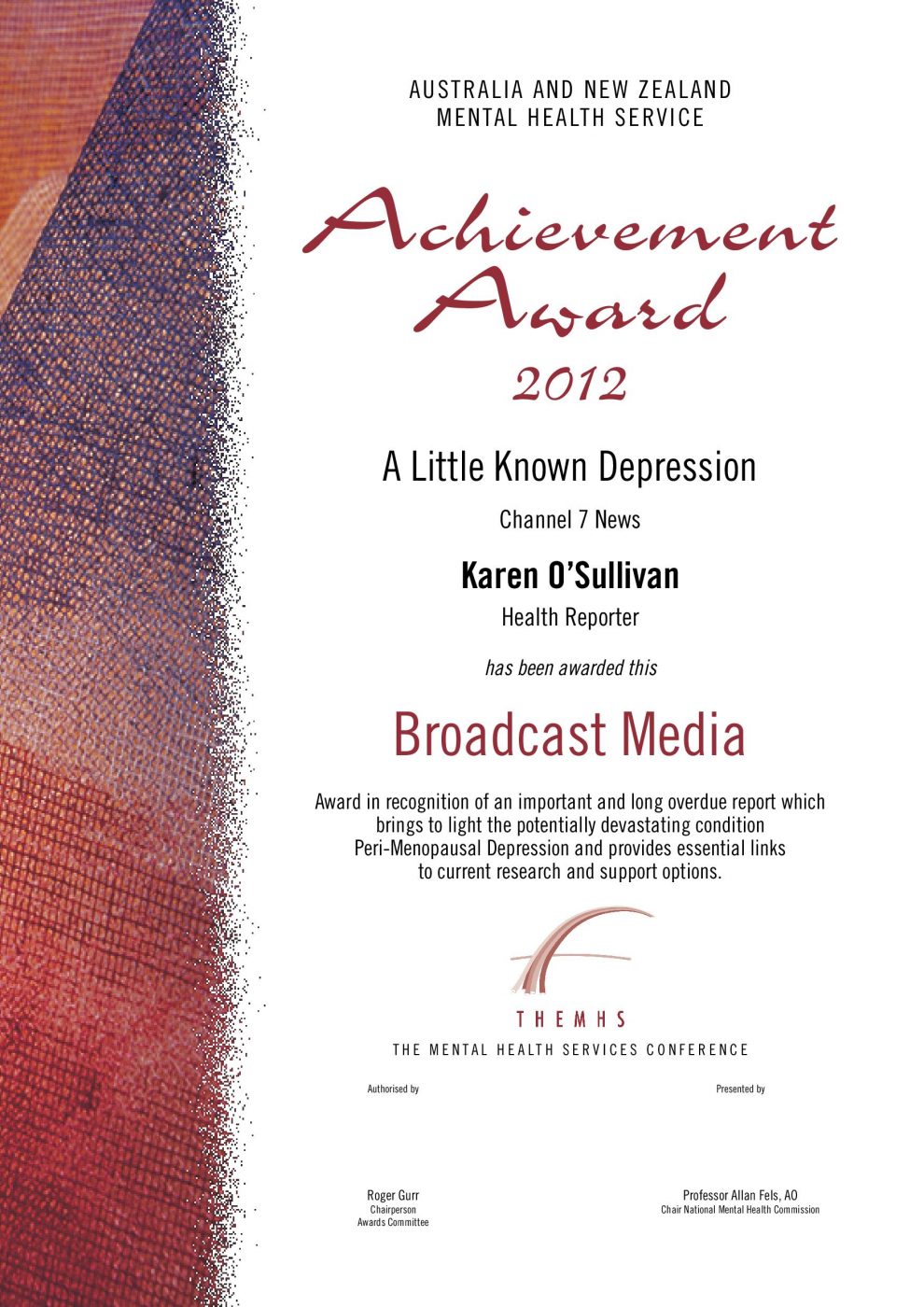 Abstract: Following the suicide of Alan Bond’s wife Diana Bliss in Perth, it was brought to my attention that a growing number of seemingly happy, stable, financially comfortable women in their middle-aged years were taking their own lives. After doing some research and making some enquiries with Medical contacts, the term Peri-Menopausal depression began to enter into conversations. I decided to follow up with a story highlighting the condition and coincidently, I discovered the Alfred Hospital in Melbourne was about to launch its own trials involving women with this little spoken about condition. Tanaz Mesic bravely agreed to tell her story and outline her experience with PMD. In my story, Professor Jayashri Kulkarni from the Alfred Hospital lifted the lid on the seriousness of this condition, referring to the growing suicide rate of women in the age group who are susceptible to Peri Menopausal Depression. As a result of the story going to air, the Alfred Hospital’s Research department provided the feedback that many women who had seen the story had contacted the hospital to participate in the trials. The story was downloaded onto the 7News Website alongside contacts for Suicide support groups. BRIEF C.V. OF KEY PERSON/S • Karen O’Sullivan: • Mother of four, lives in Country Victoria. • Health Reporter Channel 7 News Melbourne since 2003 • Career in journalism spanning 22 years including Radio and Television • Highlights: breaking the story involving the separation of Conjoined twins Krishna and Trishna, live broadcasting during the 2011 opening of the Royal Children’s Hospital by Her Majesty the Queen. • Twice winner of the Luminous Award, a National Award for the Excellence of reporting in the area of Cancer (2006/2011), and a Highly Commended at this year’s Quill Awards for a feature length story about a young girl’s recovery after a horror school bus crash in country Victoria