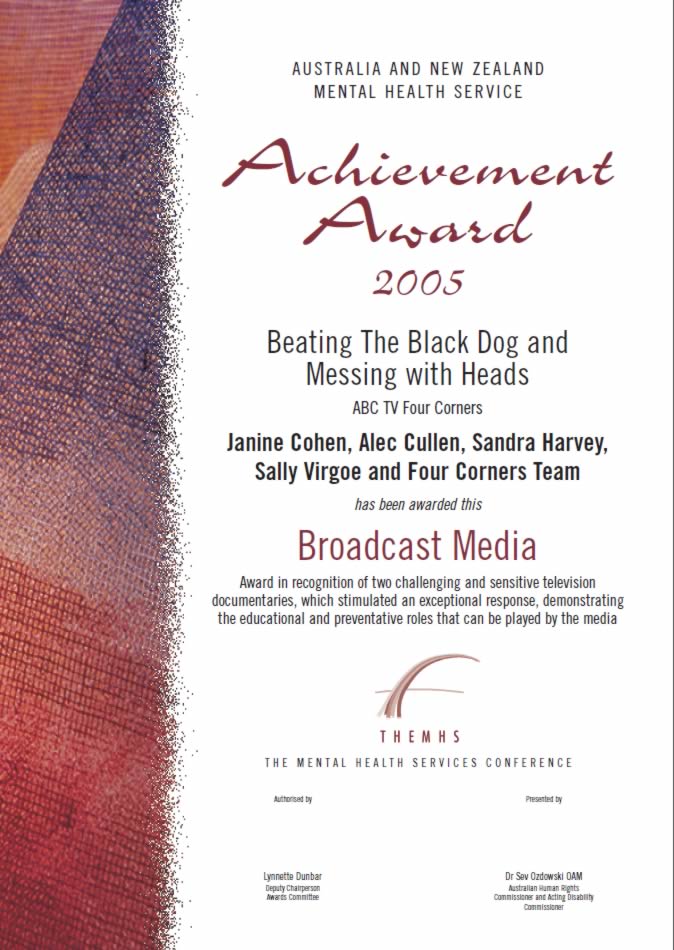 Abstract: Two ‘Four Corners’ television documentaries look at the issue of mental illness. “Beating The Black Dog” follows four people with depression. “Messing with Heads” looks at the impact of chronic cannabis use on young people. Four Corners received a huge response to the first documentary “Messing with Heads” after its broadcast on March 7, 2005 with about 1700 people taking part in the online forum discussion that night followed by hundreds of telephone calls and emails including health professionals. Most rewarding was the number of young people and their families who sought help and advice after the program. A similar response came from people all over Australia after the broadcast of “Beating the Black Dog”. This body of work was made by a Four Corners team lead by reporter/producer Janine Cohen who has been with four corners for over ten years.