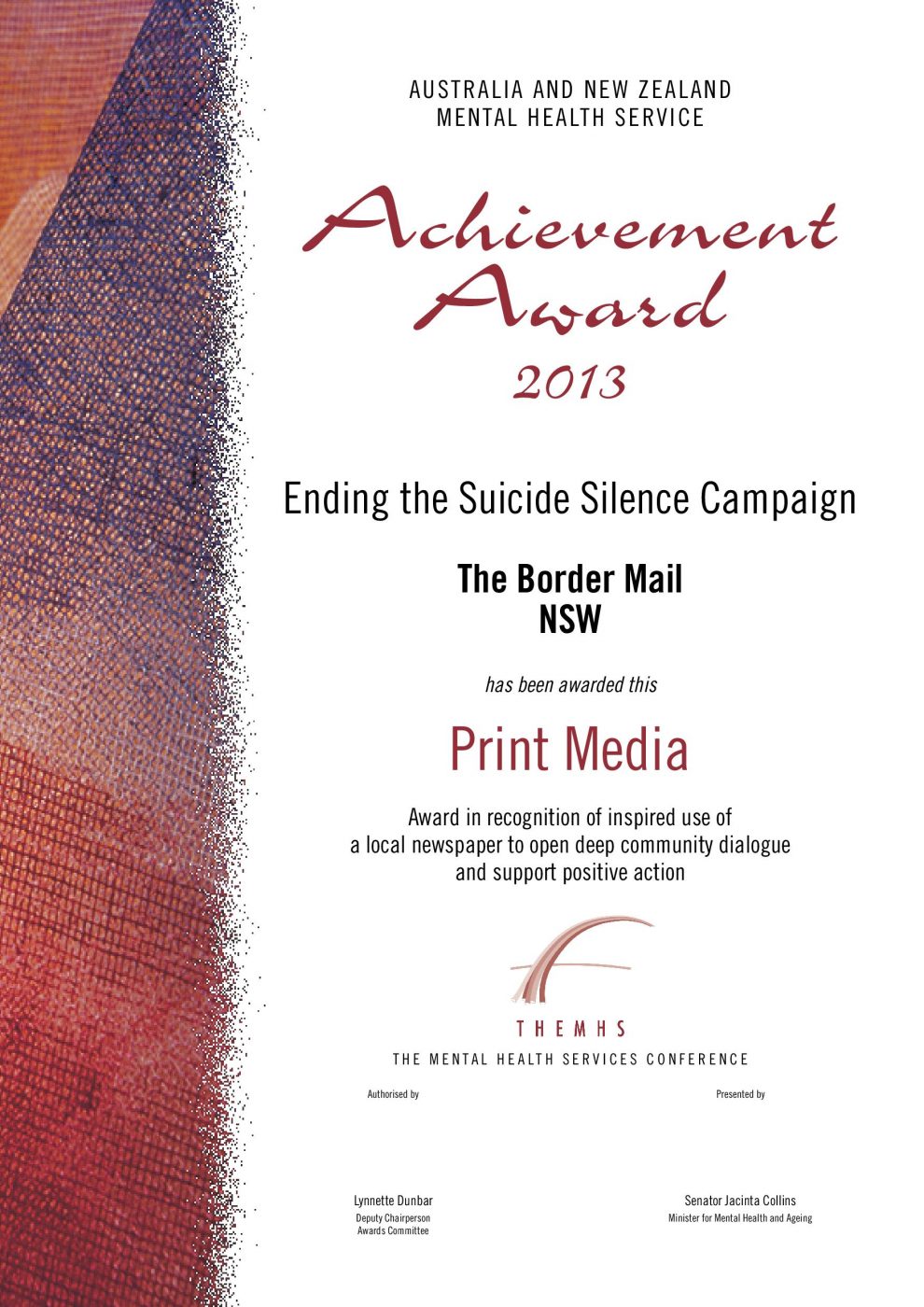 Abstract: For more than a year, The Border Mail deliberated over how it could tackle suicide. Former editor Heath Harrison spoke with the family of 15-year-old schoolgirl Mary Baker, who took her own life in March 2011, about how the newspaper could start a community conversation about suicide. After many months of consultations with families affected and leading authorities, we launched our Ending the Suicide Silence Campaign on Saturday, August 4, 2012, an initial week-long campaign telling personal stories of those affected by suicide, examining the mental health system and lobbying for better services and support. A butterfly campaign for federal funding to establish a headspace centre at Albury-Wodonga followed and the community now awaits the outcome of the announcement of the next tranche of funding for headspace, expected before July 2013.

The Ending the Suicide Silence campaign was an entire newsroom effort, initially led by former editor Heath Harrison, who left The Border Mail in October 2012 to take up a position with the Newcastle Herald. The deputy editor, Di Thomas, who also been involved in the campaign, is now the editor. Ongoing contributions to the campaign have been made by the reporters, photographers, sub-editors and artists from our newsroom.