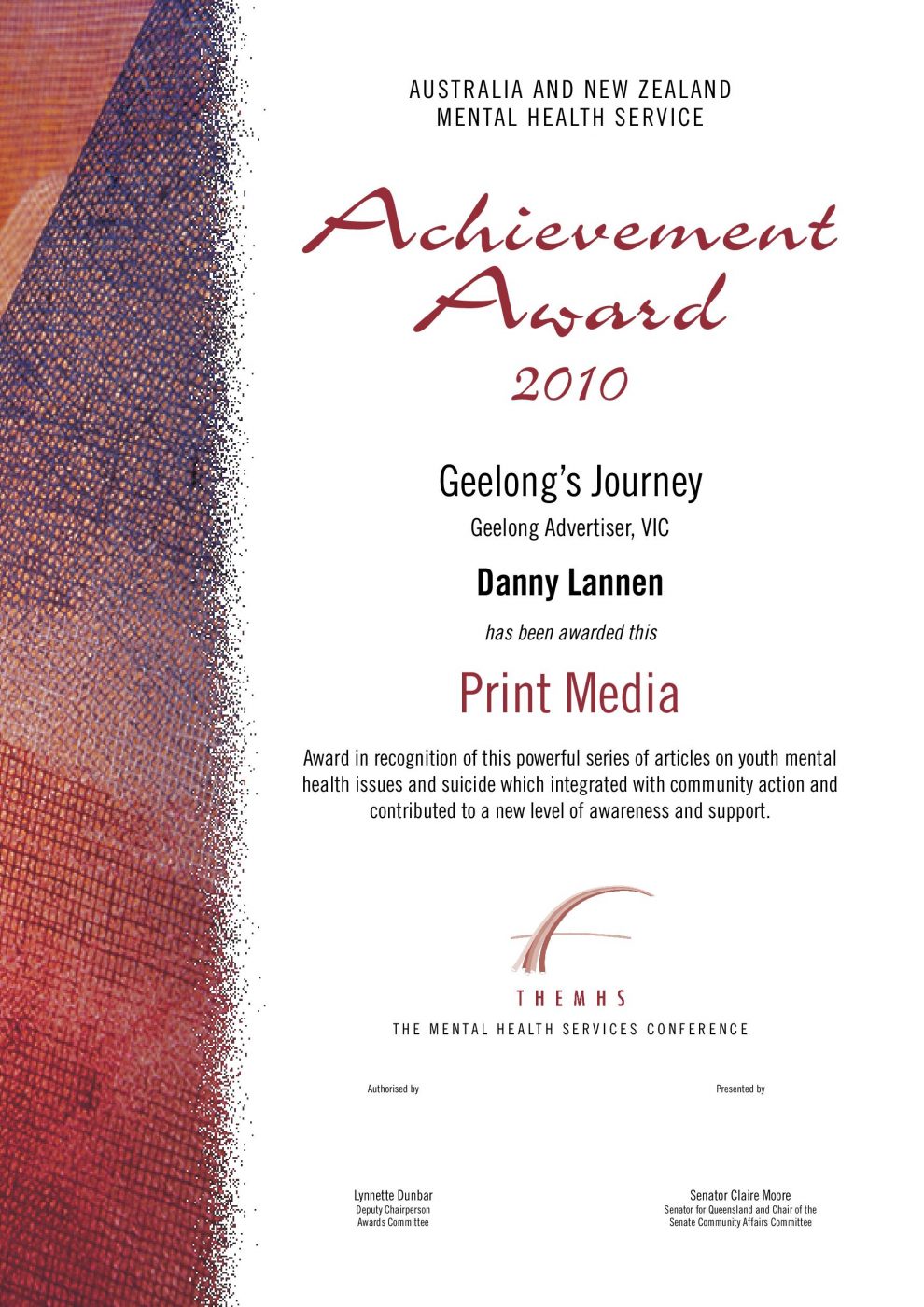 Abstract: This series of stories focuses on suicide and mental health in Geelong. Journalist Danny Lannen has during the past two years revealed suicide as a major issue for the city begging to be drawn into the light. His revelation of the death of Chanelle Rae as the fourth teen from one Geelong school community to suicide within six months drew national attention to suicide and the impact of cyber bulling. He has with dedication followed the establishment of Geelong Suicide Prevention and Awareness Network and the staging of a first annual Walk Against Suicide which attracted 1000 walkers. Geelong’s public airing of suicide and mental health issues, through the Geelong Advertiser, has drawn acclaim from authorities including Prof Patrick McGorry and Jeff Kennett. Lannen’s work in the area fused naturally with coverage of development of Geelong’s pioneering R U OK? Day, which targeted mental health and social connection and involved more than 70 events across the community. He wrote all but a couple of contributed stories for the Geelong Advertiser’s R U OK? Liftout which was acclaimed by mental health workers. Danny Lannen has worked as a senior journalist with the regional daily Geelong Advertiser for five years. He was previously a Walkley-winning editor of the Wimmera Mail-Times in western Victoria. His story on the suicide of Chanelle Rae was judged News Limited scoop of the year in 2009. Other industry credits include a Melbourne Press Club Quill award and two Rural Press Club of Victoria journalist of the year titles.