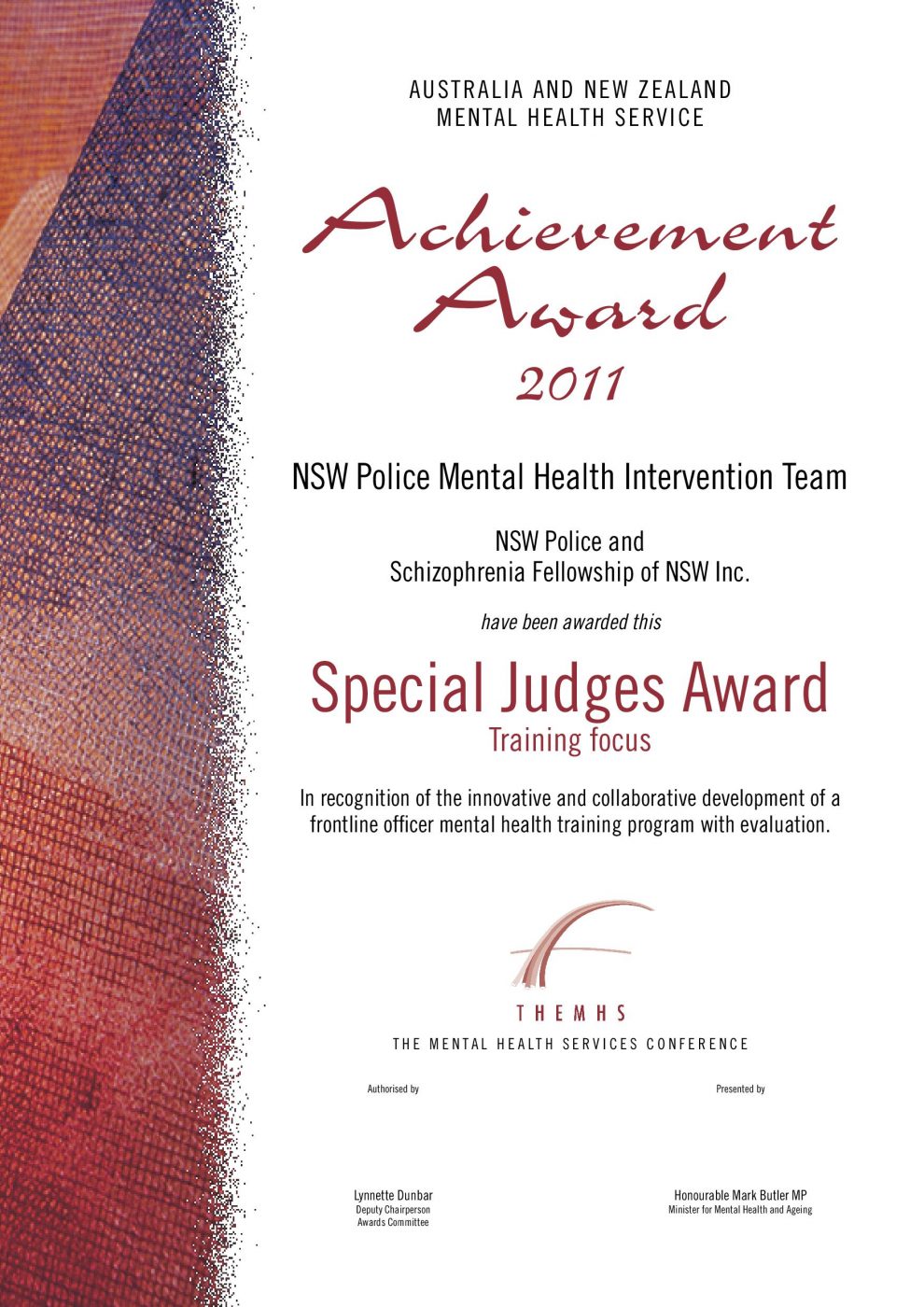 Award category: Specialist Service or Part of a Larger Service

Abstract: The NSW Police often provide the front line of intervention for people with a mental illness. In the 2008-09 financial year there were over 30,000 mental health contacts. In 2006 the Fellowship brought Major Sam Cochrane, Memphis Police, to Australia to present their Crisis Intervention Team. Very productive meetings were arranged with the Assistant Commissioner Dave Owens which led to officers going to Memphis for the CIT training. Subsequently the program was amended and adopted by the NSW Police with a target of 10% of front line officers trained through the four day program within five years. The pilot, evaluated by Charles Sturt University was undertaken in 2007-8. The successful four day program comprising lectures, consumer carer panel and roll play scenarios is now being rolled out throughout NSW. Consumers and carers have been integral throughout and the Fellowship has continued to play a role in the training. Description of Facility/Organisation: SFNSW sits on the Advisory and Education Committees and delivers components of the four day course including a consumer and carer panel discussion. The SFNSW is an incorporated association and a registered charity with about 4,000 members, 480 volunteers and 200 staff serving NSW with a budget of $12 million mostly funding from state and commonwealth grants. In 2009-10 we served 11,201 individual consumers and carers. The NSWPF consists of 16,142 officers who serve a population of seven million. Community based policing is provided from more than 500 police stations. New South Wales covers 801,600 square kilometres comparable in size to Texas in the USA and double the combined geographic areas of England, Scotland and Wales. In 2009 NSW Police Force responded to 34, 000 mental health related incidents. These figures have been stable for the past two years. Funding is provided by the NSW Government.