Tom Brideson is a Kamilaroi man who was born in Gunnedah, NSW. He grew up in Canberra and his family lines include Matthews and Sampson (grandparents) from Breeza, NSW. He is a member of the Red Chief Local Aboriginal Land Council.

He is a member of the NSW Aboriginal Grief and Loss Project Advisory Committee of the NSW Institute of Psychiatry. Tom is a consultant to Indigenous HealthInfoNet on Social and Emotional Wellbeing. Between 2005 and 2011, Tom was a Program Leader in the Cooperative Research Centre for Aboriginal Health (CRCAH) Social and Emotional Wellbeing Program. In late 2012 Tom was elected to the Board of Indigenous Allied Health Australia and reappointed for a further 2 years in November 2013. Tom is also a member of the Congress of Australia’s First Nation People.

In 2013 Tom was appointed to the Community Advisory Council of the NSW Mental Health Commission.

In recent years the TheMHS Board has embraced and articulated the processes of TheMHS Governance more formally including unanimously supporting 3 important documents;

The Board unanimously agree that the TheMHS organisation will continue to strive towards ensuring our work will align to these 3 documents. 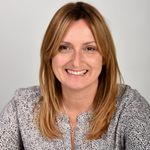 Maria Cassaniti is a social worker who has worked in the field of mental health and multicultural health for the past 25 years. Maria’s work has included direct service provision, education and training, policy development, planning, management and leading the implementation of new innovative projects, programs and services at local and state-wide levels.

Maria’s key area of interest is in building new knowledge in areas of transcultural mental health within the Australian context and the development of mental health services that are responsive to diverse populations. Maria is the Manager of the Transcultural Mental Health Centre (NSW) which comprises a specialist clinical consultation service; education, training and clinical supervision and programs focussed on mental health promotion, prevention and early intervention across the life span. Maria’s has provided extensive input into state and national advisory groups focussed on mental health, suicide prevention and multicultural health. Maria also serves as a member of the Mental Health Commission of the NSW Community Advisory Council.

Maria has been involved in research in the areas of young people, culture and mental health, children of migrant and refugee parents with mental illness, suicide and migrant communities, mental health literacy and developing resources for culturally diverse populations. 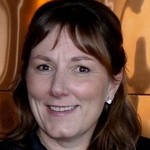 Michelle is a Clinical Psychologist currently working in private practice in Sydney after more than two decades working in a range of public mental health services.

Michelle has a substantial history of contributing to the mental health sector. She has been involved in writing, teaching, and evaluating education and training of Trauma Informed Care and Practice for the Mental Health Coordinating Council and The Blue Knot Foundation. She has also delivered knowledge to the mental health workforce through her work with Remind, MHPoD and The NSW Institute of Psychiatry.

Michelle has further contributed to the mental health community as an appointed Official Visitor under the NSW Mental Health Act, a position she has held since 2009.

Alongside her other work, Michelle has also been serving on the TheMHS Board since 2011. 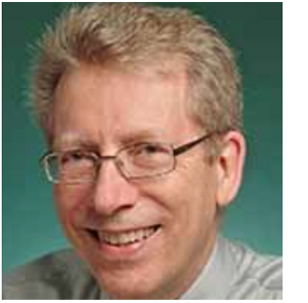 Trained in Psychiatry in Sydney, London and Oxford Universities, Roger is a member of the Royal College of Psychiatrists and Fellow of the Royal Australian & New Zealand College of Psychiatrists. In 1980, he commenced building Australia’s first community-based integrated mental health service in the Blacktown area, receiving recognition as one of the benchmark services in the National Mental Health Strategy process. Roger became the Medical Director for mental health services at Liverpool Hospital and Community Services in 2000, and in 2008 was also appointed a Conjoint Associate Professor in the School of Medicine, University of Western Sydney.

In 2005 Roger added appointment of Area Director of Mental Health for Sydney West Area Health Service (covering 1.15 million population, budget $158 million). He returned to clinical work in the City of Blacktown in 2012 with interests in youth mental health, a short stay unit and teaching. His academic interests include health system design and economics, models of care and their delivery, and the funding methodologies required to achieve best practice, team work and equity of access. Roger is also the previous President and National Secretary of Amnesty International Australia and currently Chair, the NSW Service for the Treatment and Rehabilitation for Torture and Trauma Survivors (STARTTS).

He took the position of Clinical Director of the headspace Early Psychosis program in Western Sydney in January 2015. 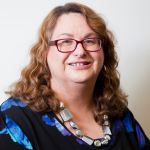 Paula has been a consumer peer worker based in Northern Sydney Health since January 1998. As Manager, Ryde Consumer Services, Paula’s role includes individual and systemic advocacy, peer support and group work, consultation and liaison with consumers, staff orientation and education and mental health promotion. Paula is a Director for the Flourish Australia Board and an Assessor for the Australian Council on Health Care Standards reviewing services across Australia since 2000. Paula supports university student education at the University of Technology Sydney (nurses) and the Campbelltown campus of the University of Western Sydney (occupational therapists). She has also worked for the Mental Health Association NSW Inc. and New Horizons Enterprises. Paula has a BA majoring in Psychology, and together with her lived experience and personal recovery journey contributes to the progression of mental health reform in Australia.

Paula has been a member of TheMHS Board since 2000. She has presented at both TheMHS Conferences and Summer Forums. Paula was a co-convenor of the consumer day for the 2010 Sydney TheMHS Conference. Paula has participated in the past as a member of the Administrative Sub-Committee and the Membership Working Party. 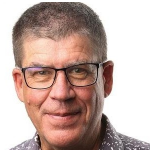 Tim has recently been appointed as a Deputy Commissioner for the Mental Health Commission of NSW, previously he had been a member of the Commission’s Community Advisory Council since its establishment in 2014. Tim works as the Mental Health Peer Coordinator at COORDINARE, South Eastern NSW PHN. He is a past chair of Being (NSW Consumer Advisory Group) and the NSW Public Mental Health Consumer WorkersCommittee. He is a foundation member of the Consumer Led Research Network and an executive member of the Illawarra Shoalhaven Suicide Prevention Collaborative. He was a volunteer Rural and Regional Ambassador and Community Presenter for the Black Dog Institute. In 2013 he was awarded a scholarship to attend Boston University’s Global Leadership Institute to develop a co-designed project, Safety for All, which involved peer workers training mental health nurses working on acute mental health wards.

Tim grew up in rural and regional NSW and now lives with his family in Wollongong. He enjoyed a twenty-year career as a high school teacher before moving to disability support work in 2006 and peer work in 2009. Tim identifies as a person with lived experience of mental illness and recovery and he is passionate about the development and support of the peer workforce.

Tim contributed a chapter titled ‘Peer Work and Climate Change’, to the book ‘Peer Work in Australia’ and was co-editor of the textbook, ‘Contemporary Psychiatric – Mental Health Nursing – Partnerships in Care’. He is co-editor of Verity La’s ‘Clozapine Clinic – the Frater project’, an online journal for mad poetry and prose. Tim believes that we need to keep people connected to their families, friends, jobs and communities, while also eliminating the stigma and discrimination that prevents them from regaining citizenship. 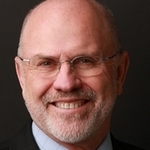 Peter is an Adolescent and General Psychiatrist who has extensive experience in the development and delivery of services as the Director of three major mental health services in Auckland, Wellington and Sydney. He is a past Chair of the NZ Mental Health Foundation and the NZ Mental Health Commission and was the Oceania Vice-President for the World Federation for Mental Health (2003-2007). Currently he is engaged in researching Urban Mental Health Services with the Centre for Mental Services Research at Australian National University and is involved in service design and development projects through his consultancy “Mental Health Horizons”. He is also Chair of the Wayside Chapel’s Clinical Governance Committee and is a Senior Associate of the International Foundation for Integrated Care (IFIC). 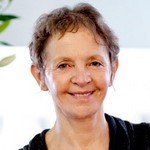 Marilyn started general practice work in Darlinghurst just when Kinsela’s changed from being a funeral parlour to an entertainment venue. The HIV pandemic came to notice at about the same time. Providing care for those affected by HIV became a major part of her work and from 1991 to 1993, she was President of the Australasian Society for HIV Medicine. As a member of the NSW Ministerial Advisory Committee on HIV and Sexually Transmitted Infections, that commitment continued until 2013; currently she represents the NSW Faculty of the RACGP on the committee overseeing the implementation of the NSW Ministry of Health’s strategy to eliminate HIV infection. In the 1990s she received a World AIDS Day award then in 2006 she was awarded an Order of Australia Medal for services in HIV care and education.

As a Public Health Physician, she was a member of the Joint Public Health Advisory Committee of the General Practice Partnership Advisory Council and was the RACGP National Adviser to the National Health and Medical Research Council’s National Breast Cancer Centre. She is an examiner for the Australian Medical Council.

A past worker at Leichhardt Women’s Community Health Centre, she is a feminist, and from 1998-2001 was President of the Australian Federation of Medical Women. The Australian Medical Association awarded her their Women’s Health Award in 2003.

After five years as a Senior Research Fellow, she became an Adjunct Associate Professor in the Discipline of General Practice at the University of Sydney.

For years now she has spent time every year doing locum work in rural and remote Australia.

From 2007 – 2018,  she served as a Board Member of TheMHS, an educational organisation committed to improving the quality of mental health services in Australia and New Zealand. 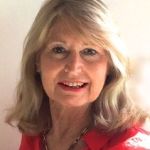 Barbara is a Clinical Psychologist working in private practice. She began working in mental health in 1985 when she joined the newly formed Mental Health Crisis Team in the Illawarra region and has also worked in clinical psychology roles in a variety of clinical mental health settings. Prior to 1985 she worked as a registered General /midwifery nurse. Barbara was a Lecturer at Wollongong University and Senior Lecturer at Queensland University of Technology where she developed, taught and coordinated Post Graduate Mental Health programs. Her research includes the study “Recovery from Schizophrenia: A consumer perspective,” funded by National MH Strategy. This research with co-investigators Helen Glover and Dr Kalyanasundaram, received the research award from the Schizophrenia Fellowship Brisbane. It remains one of the largest qualitative research studies of this type in Australia and overseas. This research has been replicated in Boulder, Colorado, Madison, Wisconsin and Trieste, Italy. She has been an external consultant and evaluator for numerous mental health projects focused on recovery from mental health challenges and from lived experience perspectives.

Barbara has attended TheMHS conferences since 1995 with her first formal role being on the local program TheMHS Conference Committee in 1996. Barbara has supported the consumer and carer forums in particular. Barbara joined the Board in 2010.