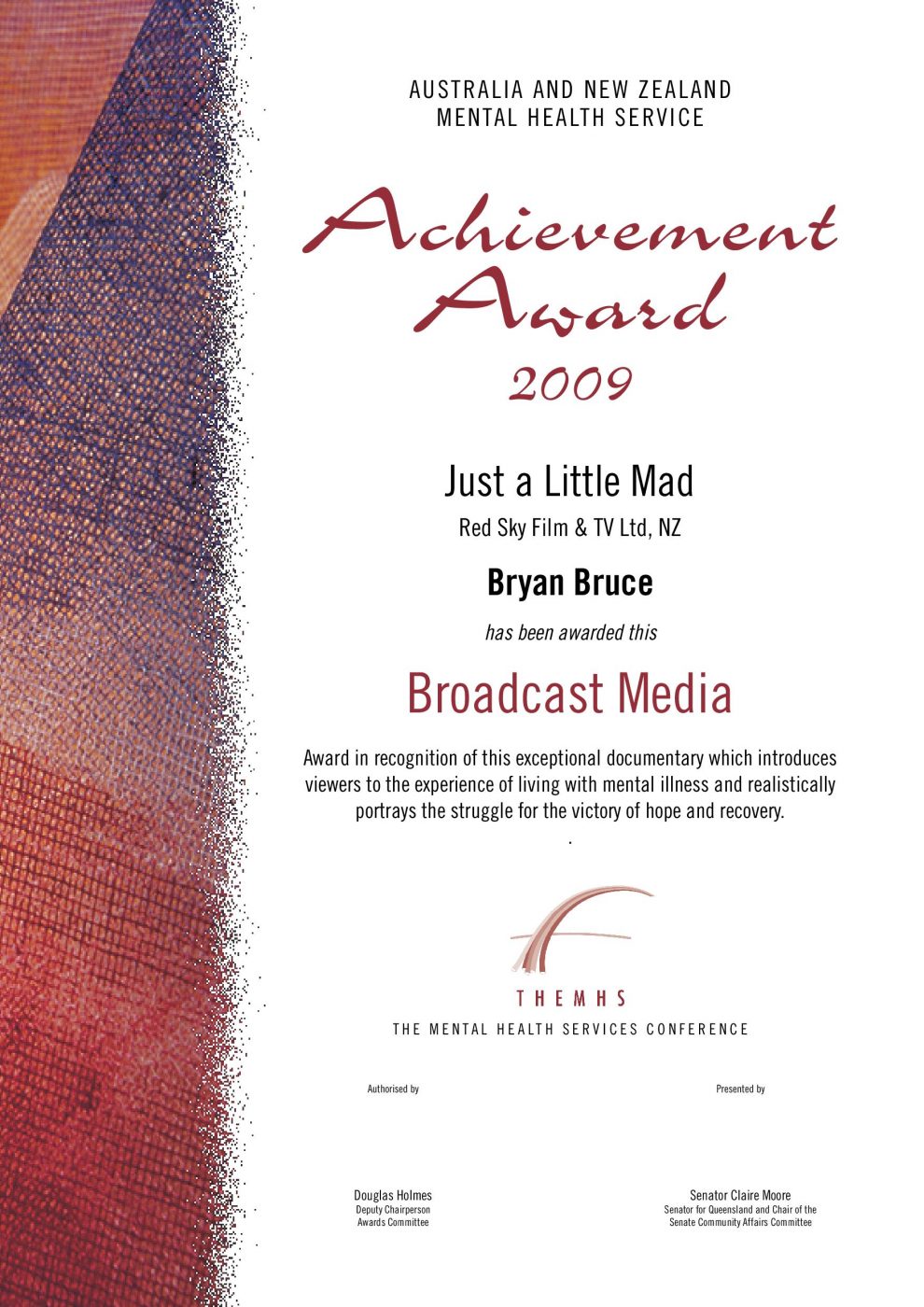 Abstract: This aim of this documentary was to take the viewer into the world of someone suffering from schizophrenia. Peter Butler, a 32-year-old man who believes he can control the weather. Peter’s engaging yet tortured journey from illness to health forms the backbone of a film in which we meet a number of schizophrenics and voice hearers and the people who work and live with them. By unpacking Peter’s delusions, viewers are given a rare opportunity to walk in a mentally ill person’s shoes by capturing what it is like to live each day not knowing what is real and what is not. In the process the documentary reveals a number of myths about schizophrenia – e.g. a diagnosis of schizophrenia is not a life sentence it is an illness, which can often be managed. And while it is true that some people with this disease can be dangerous, most people with Bryan Bruce is an award winning Producer, Writer & Director who lives in Wellington, New Zealand. He has a MA in Sociology, Psychology & philosophy from Canterbury University. Bryan Bruce is a former musician and school teacher, he began his television career in 1984 as front person and writer for a TVNZ arts show. Since then has won awards for Best Director and Best Factual Writer and his work has made the finals of several international festivals, including the New York Television Festival and the prestigious Banff Awards. His most recent award was for Achievement in Directing for in Factual Entertainment (The Investigator) at the NZ Qantas Film & TV Awards in 2008. Bryan has made over 30 successful documentaries & series and his company Red Sky Film & TV Ltd specialises in the production of high quality documentary programmes covering a range of topics from social issues to wildlife and adventure.