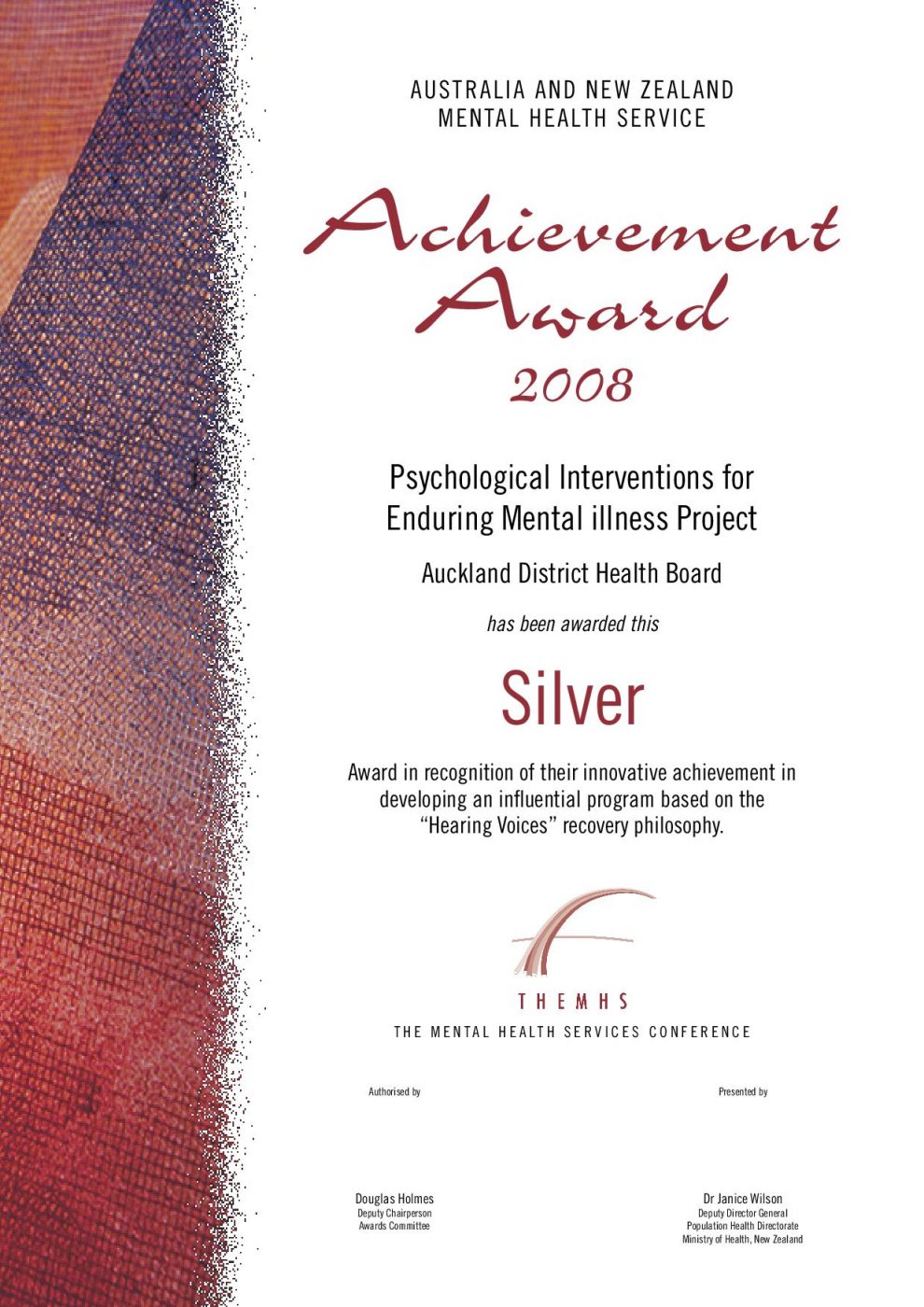 Award category: Specialist Service or Part of a Larger Service

Abstract: Psychological Interventions for Enduring Mental Illness Project: In 2004 Debra Lampshire was invited as an experience-based expert to co-facilitate the first Hearing Voices Group in ADHB. The results showed significant relief of distress. Debra has since co-facilitated 24 groups, trained 150 clinicians in the techniques, and 3 clinicians to co-facilitate similar groups. One clinician has co-facilitated 24 further groups, and developed Beliefs Groups based on a similar philosophy. The underpinning model of “Re-covery”, and the methodology have been adopted service-wide, and inform the Key Worker training, which is becoming a regional training. Groups are run routinely in ADHB. Participants with an average 20 years voice-hearing experience report a 30-70% reduction in frequency and distress of voice hearing over 8 sessions. Staff training is run 3 times a year. Presentations have been delivered nationally and internationally on 12 occasions. Plans are being made to collate and publish audit data, and set up formal research. Description of Facility/Organisation: Auckland District Health Board Mental Health Services administers to the Auckland City population of three hundred and sixty seven thousand seven hundred and thirty seven (367,737) citizens. Mental health services are funded as public health services from government revenue. Decisions about funding are first made though the government budget process, then through allocations from the Ministry of Health. Ultimately, the DHB decides the application for mental health funding in any district. That decision is informed by advice from the Network North Coalition, the Northern DHB Support Agency, and consultation with the sector and the wider population. The budget for 2006-2007 was eighty million two hundred and forty thousand six hundred and eighty nine dollars ($80,240,689.00) Staff numbers are eight hundred and ninety one and there are four thousand four hundred and eighty two current clients.