Go back to Resource Library
By adminSeptember 26, 2017 No Comments 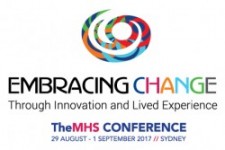 Abstract: ‘Alone to Supported’ and ‘Inpatient’ and the two Behind the Scenes documentaries were made by the consumers of the SUPER Group.

‘Inpatient’ was about the character’s experiences in the Inpatient Unit , it was based on my experience, I wrote the script. I discovered I could write, and act. We did eight weeks of workshops for both films, we were asked to come up with some stories. We had eight stories and we voted my story was chosen. We had a film maker work with us, called Elias. We had the opportunity to write scripts, directing, editing, cameras, and acting. In the behind the documentaries we talked about how and why we made the films. We wanted to showcase the SUPER Group and Peer Support, and also the films were made for training for service providers, the films were picked up by 4 Universities.

In the ‘Alone to Supported’ Vince worked with us and continues to work on other films with us. The story was about the character in the first film, and what happened to her when she was discharged. Consumers who wanted to participate worked on what issue they wanted to act in the film. I listened to what they wanted to say and wrote it down, I wrote the script.

Learning Objective 2: These films are relevant to Mental Health Services because Peer Groups do help consumers onto their Recovery Journey.