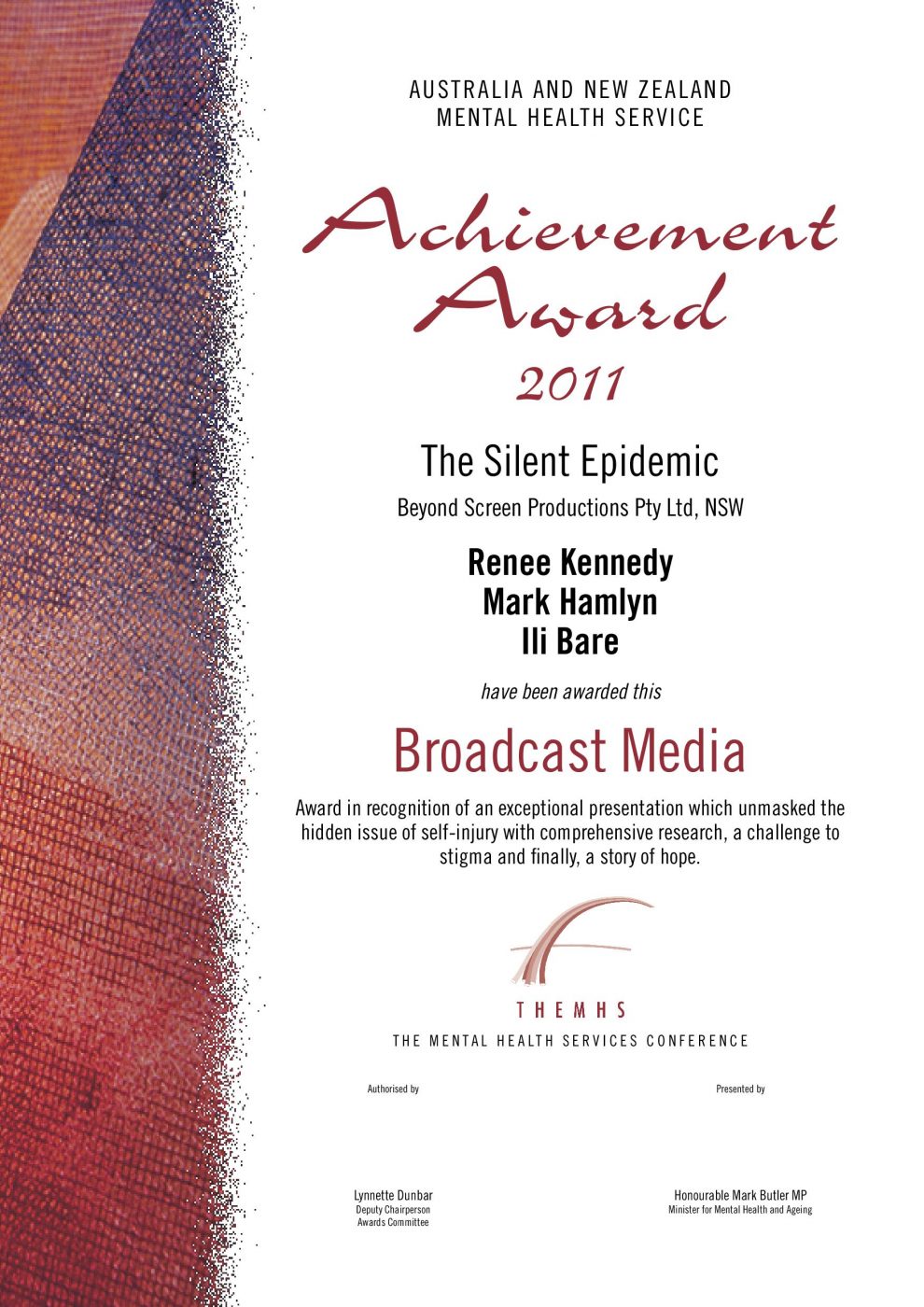 Abstract: Every month, an estimated 200,000 Australians deliberately hurt themselves. They cut, scratch, burn and sometimes even break bones. It’s called self-harm, and it peaks in teenagers and young people. The Silent Epidemic explores this dark and often secret behaviour, asking why more and more people are turning to self-harm as a way to cope with life. Interweaving their personal stories with scientific enquiry, The Silent Epidemic casts a unique lens onto what is fast becoming a problem that can no longer remain hidden. In response to the growing numbers, a group of Melbourne scientists are hunting for a radical solution to self-harm with a world-first experiment. The Silent Epidemic charts their progress: it is both a wake-up call, and ultimately, a story of hope. BRIEF C.V. OF KEY PERSON/S Renee Kennedy - Producer As the Acting Head of Production at ScreenWorld in 2009 and now Beyond Screen Production in 2010, Renee Kennedy has produced and overseen a diverse range of factual/documentary productions. In 2007 Renee produced Constructing Australia: The Bridge, which won the 2008 Logie Award for Best Documentary, a Grenfell Award 2007 and an Australian Writers’ Guild (AWGIE) Award 2007. Ili Bare – Director & Co-Writer Ili Baré is a freelance documentary director. Her previous credits include episodes of the Logie-winning series Dynasties (ABC TV), Baby Boom to Bust (SBS) and Are You My Mother? (SBS). She was nominated for the 2008 UN Media Peace Awards for her documentary, A Small Town Welcome (ABC TV). Mark Hamlyn – Executive Producer & Writer As the head of Specialist Factual at ScreenWorld in 2009 and now Beyond Screen Production Pty Ltd in 2010, Mark Hamlyn has overseen a diverse range of factual/documentary productions.