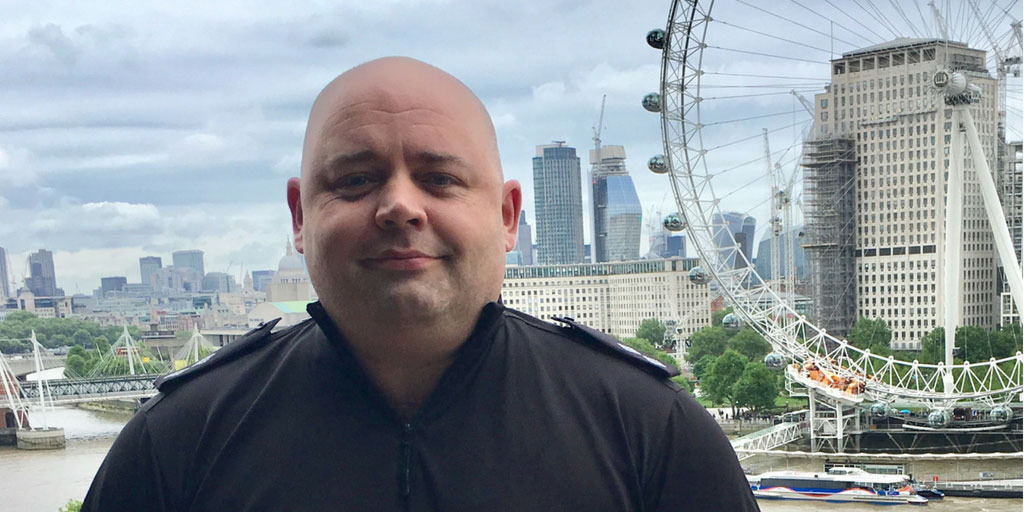 “There is an argument that we could actually be making things worse and increasing reliance upon the police may be something we regret in the future, in the way we already regret the number of mentally ill people who are in prison.  ”

I asked too many awkward questions to which people didn’t know the answers so to shut me up, they gave me a job.  I joined the police in 1998 and realised the demand we faced on mental health was considerable and my training meant I didn’t know much about basic legal issues.  After making too many constructive complaints that things didn’t work properly, they let me loose on this.  The more I learned, the more obsessed I became about how much there still is to do and I’ve now spent fifteen years working on these issues and now have the privilege of doing that nationally across the UK.

I’m not convinced the fairly standard responses we’ve seen around the world are the correct way to go: there is an argument we could actually be making things worse and increasing reliance upon the police may be something we regret in the future, in the way we already regret the number of mentally ill people who are in prison.  I’m trying, I hope constructively, to sound an alarm and offer some ideas!

I have two music degrees and love little more in the world than to play my bass guitar!

I’ve always wanted to visit Australia and this is my first trip Down Under – my wife and I have great friends who live in Adelaide: former British police officers we used to work very closely with for years and who emigrated to South Australia Police.  So we’re coming to Australia early for a decent holiday with them, ahead of TheMHS Conference.  I’m really looking forward to seeing the real Australia that isn’t overshadowed by a large arched bridge or an opera house and then I’m looking forward to learning about the Australian experience on policing and mental health at the conference!

I’m all over social media! – put the word ‘mentalhealthcop’ in to Google, Twitter or Facebook and my pages should come up.

The big detail of everything I’ve ever done is on my blog –www.mentalhealthcop.wordpress.com.

Not Just Doing the Wrong Thing Righter: New Ways of Approaching the Relationship between Police Services and Mental Health Systems

Policing has always had a role in mental health: there has been a social service element to our work; the public look to us to manage odd or unusual behaviours, regardless of criminal law; and those with mental health problems are more likely to be victims or suspects of crime.

As countries deinstitutionalised much of their mental health provision, demand has risen for improvement in the type and quality of police response to vulnerable people: this often follows high-profile events such as death in police custody or contact; and restraint-related deaths or fatal shootings.

I will argue there is a disconnect inherent in our response which has been too operational and focussed on tactics; lacking in a strategic objective.  Major inquiries have focussed upon the need to improve officers’ responses through training and partnerships with mental health services but this doesn’t address why we have come to rely upon expensive police and criminal justice responses, often at the cost of effective mental health systems.  Improved policing alone will not deliver the outcome we all want – which is health and policing systems working in partnership for the benefit of their communities

Michael is the mental health coordinator for the UK National Police Chiefs’ Council and College of Policing – he has been a serving officer with West Midlands Police for 20 years.  His work in the UK has prevented tens of thousands of vulnerable people being detained in police custody whilst in mental health crisis and has influenced public policy across policing based on his own operational experience policing in Birmingham.  He has commanded a large number of critical incidents involving those of us with mental health problems – including firearms incidents, sieges and multiple homicides.

His use of social media under the moniker ‘MentalHealthCop’ has been internationally award-winning and his blog has been used almost two million times around the world, something for which he was recognised by the UK’s leading mental health charity, Mind. Michael’s blog has since been turned in to official guidelines for policing. He has lectured in forensic mental health and law at several UK universities, and is a Senior Research Fellow at Canterbury Christ Church University. He has given expert in opinion in UK and Australian Coroners’ Courts on police responses to mental health crisis incidents.

Michael was singled out for mention and commendation by the Home Affairs Committee of the UK Parliament after giving evidence to their inquiry into policing and mental health and he has advised the British Government on reform of mental health laws affecting the police.  He has worked in Namibia, Iceland and Northern Ireland and is a recipient of the prestigious President’s Medal from the Royal College of Psychiatrists for his “significant contribution to improving the lives of people with mental illness”.  In 2016 he was appointed an Officer of the Order of the British Empire in Queen Elizabeth’s 90th Birthday Honours for his services to policing and mental health.

Trajectories: The Interplay Between Housing and Mental Health Pathways